With a New Year upon us, we can’t help but to feel a little nostalgic.  About a year ago, we recapped our favorite games from 2016, so we decided to give that post another look.  Things can change so much over a year, do these games fulfill the same need for us at the end of 2017?  Let’s take a look and find out! 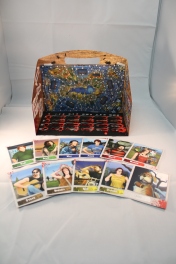 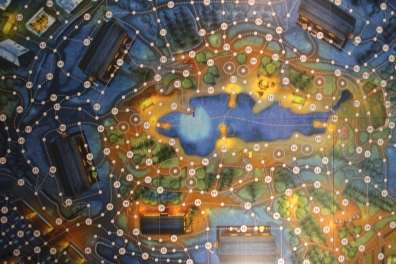 In my search for my favorite 1 vs. many game, i found a gem in The Last Friday.  Entranced with the 80’s slasher theme, I was excited to get this one to the table.  However, with the game play taking 2+ hours, I was only able to get this game to the table once this year.  With the low play count, I’m not sure that this game would still make the top list if I were to do it today. 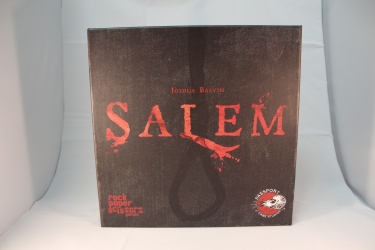 I really liked this game when we initially played it, and (non-social) deduction is one of my favorite game mechanisms that you just don’t see enough, which is why Salem ended up on my list.  Unfortunately, it has a pretty strict player count, where it seems to only be best with exactly 6 or 7 players, from what I’ve read, which makes it a little tough to get played.  Recently I had a chance to play the game Inkognito, which actually has a pretty similar deduction feeling with giving clues to other players so they can figure out your identity.  Unfortunately, that 1988 game is super out of print, so it’s not really a viable replacement.  As for Salem, I’m going to keep it around in our collection a bit longer and make more of an effort to get it played, but if it doesn’t make it to the table soon, it may need to be burned at the stake (because of witches, y’see). 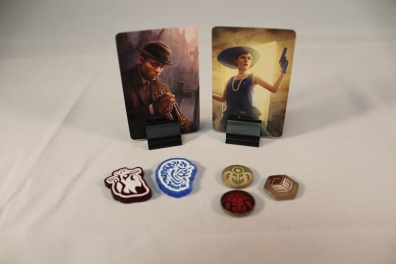 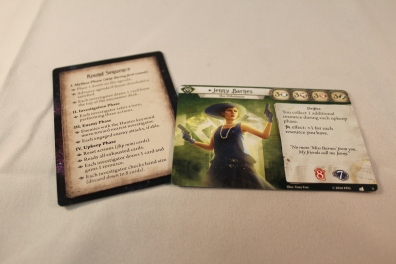 With all the familiarity of a Living Card Game wrapped up in the Arkham universe, I really couldn’t go wrong with Arkham Horror: The Card Game.  We attempted the first game of the story in 2016, but choose to start over in 2017 in order to better remember the story.  After losing both of our investigators, we successfully completed the first box towards the end of the year.  A few tries is just what we needed and we picked up more expansions.  If I were to re-rank games in this list, I would score this one higher, as we’ve really fallen in love with it with more plays.

This is the trouble with putting a game we don’t own on the list — I got to play this game a few times last year, but haven’t had an opportunity to do so in 2017.  Regardless, I still think this is a fun game that was easy to teach and learn, with pretty cool components (giant wooden cubes).  The one downside is that it can be a little mean and take-that-y.  Regardless, I recall this being a fun game with somewhat of a “I split, you choose” vibe as someone else may end up choosing where the boat with your bricks goes.  I definitely enjoyed this game and would love to play it again, but I don’t know that it would necessarily make my top 5 of 2016 if I were making that list today.

Keeping with the Arkham spirit, Mythos Tales was another success in our household in 2016 and into the beginning of 2017.  We finished this campaign early in the year and quickly passed the box on to a friend, hence there are no component pictures of this game!  One downfall of a game like this is after you play through all of the scenarios, that’s just kind of it.  And, to be honest, unlike some other legacy games we’ve played, I remember having a lot of fun playing, but don’t have any strong memories of game play.  Knowing that, I’d probably knock this game back on the list a bit, if given another chance. 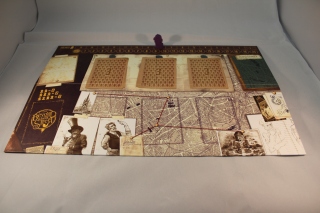 I put this game on the list as an improvement on Hanabi, a game which we both enjoy a good deal.  However, we only ended up playing it once this entire year (though to be fair, we only played Hanabi once in the same time frame).  Looking back on Beyond Baker Street, I think I’ve cooled on it a little bit from my initial impression.  While it does add more of a theme and some more elements to the Hanabi-esque mechanic of knowing everyone’s hand but your own, I think if I was looking for a game in that genre I’d still be more likely to pull out Hanabi for its simplicity and familiarity.  So while Beyond Baker Street is fun, it didn’t quite end up being the Hanabi killer I thought it might be.

Dead of Winter was a group favorite of ours, getting a lot of plays in 2016.  When we had the opportunity to expand on this already wonderful universe, we definitely jumped at the chance.  However, Zombies have sort of fallen out of fashion and with quicker hidden role games available, this game doesn’t make it to the table as often as its predecessor did.

Again the trouble with a game we don’t own is that playing it is dependent on other people providing a copy.  And unfortunately, Amber has expressed no interest in this game, mainly because of the theme (which is unfortunate because it is a bit pasted on), so it’s doubtful that we’d ever own this one.  Regardless, I did get to play Terraforming Mars once this year and did have just as much fun as I did with it in 2016.  This is a great medium-weight engine building game with a bit of card drafting thrown in for good measure.  I really like the card interactions you can get going, along with the tile laying as you place out trees and cities to, well, terraform Mars.  I know this game got a few expansions this year, which I haven’t had a chance to try out, but hopefully can in the near future.  This game would definitely stay in my top 5, though maybe not in quite as high a position.

Ahh, the social deduction/party game.   These types of games are very popular with our gaming groups as they are quick, fun, and allow for a lot of player interaction.  There are a lot of these types of games on the market and often one will fall out of fashion for the next.  This is exactly what happened with this game.  While our group initially loved and played the snot out of this game, it quickly was pushed aside for new and shiny party games.  I ranked my list mostly on fun and how much our group loved the games, so if I were to rerank, I’m not sure this game would still take the #1 spot.

As Amber mentioned above, this is a scenario-driven mystery game, and we completed the latter half of it early this year, and likely won’t be able to replay it (unless it’s a few years from now and we’ve forgotten the mystery stories and solutions).  I still maintain that this was one of the better gaming experiences we’ve had, going through the game with Mama Meeple.  Mythos Tales has mostly the same gameplay as Sherlock Holmes: Consulting Detective, but with a few extra elements, and the Cthulhu Mythos theme, which I liked a lot more than Sherlock Holmes.  It does kind of suck that this was mostly a one-and-done experience and we were limited to the 9 scenarios in the box, but if this game were to get an expansion or sequel with new cases, I’d definitely be all over that.  So this remains one of my top games of 2016, but perhaps not in the topmost spot due to its lack of replayability.