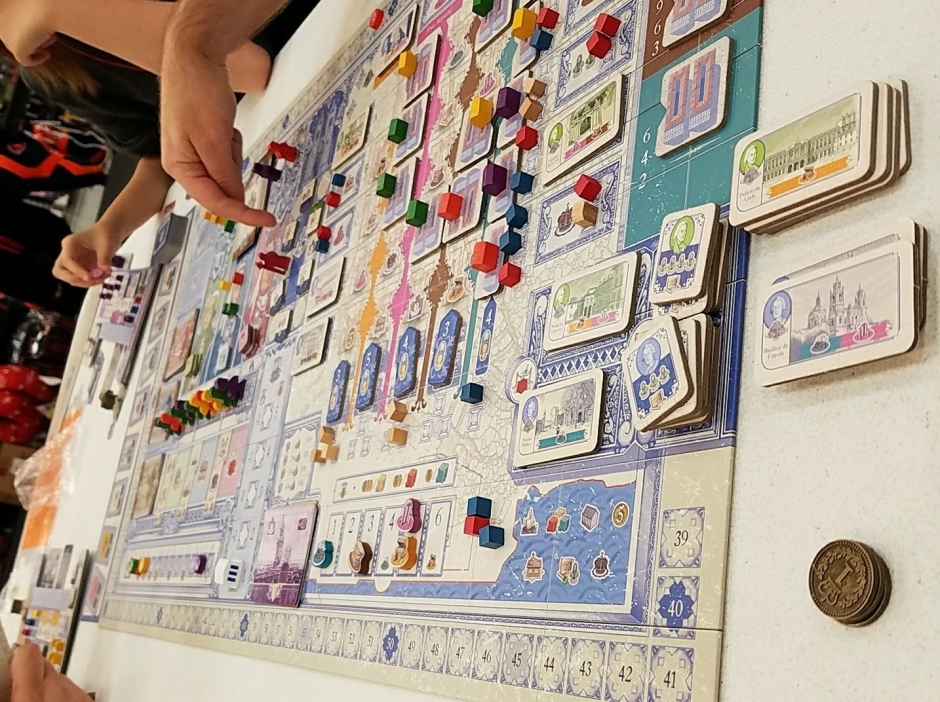 Can you believe it’s October already?!  As I’ve been patiently waiting for Halloween decorations to come to Target (and they FINALLY got there), we’ve been trying out some new games!  Want to see what we’ve been playing?  Keep reading below!  Now with pictures! 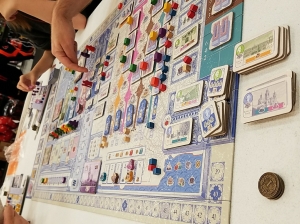 Ahh, Saturday gaming with the Janesville Pegheads.  We pulled into the parking lot and along came one of our good gaming friends right behind us.  Before we got into the store I stopped him, asking him to grab Too Many Bones out of his car.  He didn’t bring it with him that day (it was still set up and in the middle of a game on his table), but I quickly forgave him as he brought Lisboa, another game I’ve been wanting to try.  In Lisboa

, players take on the aftermath of the Earthquake of 1775, which resulted in buildings collapsing, flooding from a tsunami, and fires breaking out.  Players use their workers to clear the damage, gaining influence over high members of society, and rebuild the city of Lisbon.  There is a LOT of game to this game, with pieces spanning over a large board.  With teaching, we played for about 4.5 hours, which is just around where I expected this game to be.  If games this weight interest you, I suggest you also check out The Gallerist

by the same designer.  After burning our brains, we decided to give Sheriff of Nottingham

a go, this time with the Merry Men Expansion

.   We have the merry-men expansion but I’ve never gotten a chance to try it out, so this was the perfect opportunity.  For this game, we decided to play with the new “Laws” cards and the new Merry Men, waiting to play the other modules next time.  The merry-men added a fun twist to items that you can put in your bag and the laws gave an extra challenge to trying to sneak things through. After an exhilarating round of deceit and treachery, we ended the game night with Codenames

a group favorite.  I love playing this game with new people and different team, so you get to see a bit more into other people’s brains.

Finally having a bit of free time, we decided to do a little gaming at home. Since we hadn’t played it since purchasing it at GenCon, we decided to play Caverna: Cave vs Cave

. In this two-player version of Caverna

, players work against each other to build the biggest and best cave. Players doing do this by taking actions each turn to excavate rocks from their cave and build new rooms. One major difference between this and Caverna is the way you track your resources. Besides gold, all of the other resources are limited. That and you can’t feed your people rocks! 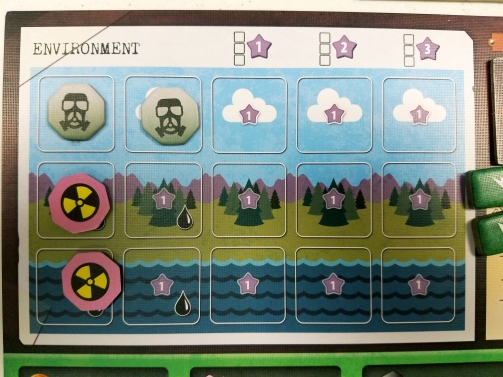 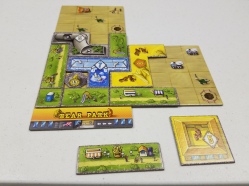 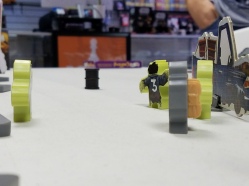 Game night in Rockford again and we couldn’t wait to get some more new games played. We started the game night with our new copy of  Flick ‘Em Up: Dead of Winter

. In this dexterity-based game, players flick their tokens across the table, attempting to knock into and kill zombies as well as complete session goals. Having played the game Catacombs recently, we are excited to give this one a try and it did not disappoint. The first scenario in the instruction booklet was a bit easy, we were actually playing it a little bit harder than the instructions entailed. Nonetheless, I can’t wait wait to give this one another try. Afterwards we went back a bit in time and played the The Manhattan Project: Energy Empire

. Taking place after the original Manhattan Project, Energy Empire pits players against each other trying to build their country’s energy resources, becoming the most efficient empire. One thing that’s difficult about this game is deciding what action you need to take first. When you first begin playing, there are many actions to do on the board, which can often be based on which country you’ve decided to be at the beginning of the game. I maybe saying this just because I performed really well at this game, but I like this one a lot, possibly more than the original! Not wanting to give up the empire building just yet, we next jumped into Bärenpark

, a new Mayfair game that’s gotten a lot of buzz. In this game players are working to build the best Bear Park, filling their tiles with attractions and getting new and interestingly shaped attractions before the other players.

While we didn’t get a large quantity of games in this week, we got some solid quality games in, making it a successful week!